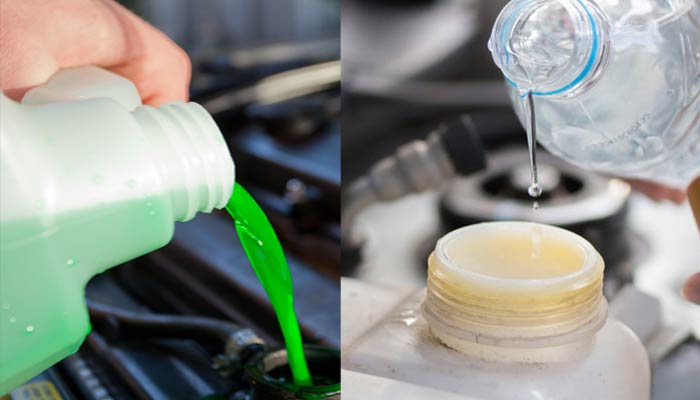 The price point of the coolants is all over the place. Some can cost more than $200. However, some options do fall under the affordable segment.

Nonetheless, as the recommended changing interval is around two years, you would be looking to spend at least $300 every two years to change the coolant as one bottle is not enough for a complete flush.

So, that got us thinking, is water a suitable replacement for the coolant? Who would win in the case of coolant vs water? That is where we started testing. We have made our car run on both water, coolant, and coolant mixed with water to observe the performance difference.

The results that we have gathered through those testings amazed us, and they are bound to amaze you as well.

What Does Coolant Do in the Engine?

Before we state which one is the winner, let us go through the things that a coolant is responsible for inside the engine. That will give you a decent idea of why coolant existed in the first place.

As you might have guessed, it is responsible for absorbing the heat of the components. It will do so by flowing through the crucial parts and cooling them down slowly. So, the engine will have a low chance of overheating during the flow, and the performance will be optimal during extreme loads.

Extend the Lifespan of the Parts

Extreme heat is one of the reasons why most of the parts inside the car degrade, get damaged, or get worn out. As the coolant keeps the temperature optimal among these components, they will have an enhanced lifespan too.

It will even protect the rubber seals and ensure that the plastic components do not melt due to extreme heat. So, you would be looking to spend less on maintenance trips.

A coolant does not only cool down the components but also protects the parts from extremely low temperatures. The elements of the antifreeze will ensure that the water part of the fluid does not freeze up when the weather is extremely cold. That will ensure that the engine can run optimally and starts up normally during winters.

As you know, coolants are not usually used in the concentrated form. They are either mixed with distilled water or come in a pre-mixed form. And there are plenty of metal parts inside the engine. Water and metals do not go that well together. So, eventually, rust and corrosion are bound to happen.

Well, that is what antifreeze prevents. It lowers the chances of the metal parts reacting with the water components. As a result, no oxidation occurs in between the metals. And this factor also plays a crucial role in enhancing the overall lifespan of the engine and its parts.

What Does Water Do to the Engine?

Now that you know all about the things that coolants do, let us move forward to the second star of the show, which is the water. And spoiler alert! It does not provide good overall performance at all.

When the temperature is exceptionally high, the inside of the engine can get more than 212 degrees Fahrenheit. And that is the temperature at which the water boils. So, you will notice that after one long drive in hot water, the reservoir will be totally out of water.

Now imagine you are out in the desert where there is no civilization nearby. What would you do if you find that the water you have filled inside the reservoir is fully vaporized? You will be stranded!

For that reason, mechanics recommend putting an equal amount of coolant in the reservoir. In other words, a 1:1 or 50/50 mix. That helps to extend the boiling point of the water to 223 degrees Fahrenheit. And that 11 degrees increase can mean a lot when you are pushing the engine to the maximum limit.

Additionally, the antifreeze will ensure that the flow of water is at an optimal pace. As a result, the hot part of the mix will not stay at the high-temperature place for a long time, lowering the chances of coolant loss.

The freezing point of water is 32 degrees Fahrenheit. And if you are living in an area where the temperature goes in the negative zone, you will find the vehicle not starting at all. All the water will freeze, and the engine will not start at all.

That being said, the water inside getting frozen is not the only problem you need to worry about. When the water does freeze, it will freeze inside the radiator and the hoses. And those can crack in such conditions. That means you will have to unfreeze the water, get it out of the system, and replace those damaged parts.

However, when you add an equal amount of antifreeze to the reservoir, a 50/50 mix, the freezing point of the whole blend will be at -35 degrees Fahrenheit. While having that trait, there will be a lower risk of the parts getting damaged and the whole mixture getting frozen during the harsh winter days.

As you know, the engine contains loads of metal and aluminum parts. And these components do not go that well with water. Whenever they come in contact with water, oxidation occurs, which causes rust and corrosion. And over time, the parts can be damaged to the extent that they might not work optimally at all.

What Is the Best Ratio of Water and Coolant Mix?

We have already mentioned earlier; the coolant can not be used on its own. You would either need to get a pre-mixed option or mix the concentrate by yourself. And when it comes to the perfect ratio of the mix, it actually depends on the climatic conditions.

In normal climatic conditions, the 1:1 mix is perfect. That ratio will have the optimal freezing and boiling point for regular weather.

However, in severe conditions, the mix needs to be 40/60, where the 40% will be water and the other 60% will be coolant. This mix will be optimal when the temperature dips below 32 degrees Fahrenheit.

In conclusion, when it comes to coolant vs water, there is really no winner. You can not use water alone, nor can you use the coolant concentrate alone. Instead, you should mix them at 50/50 or 40/60. 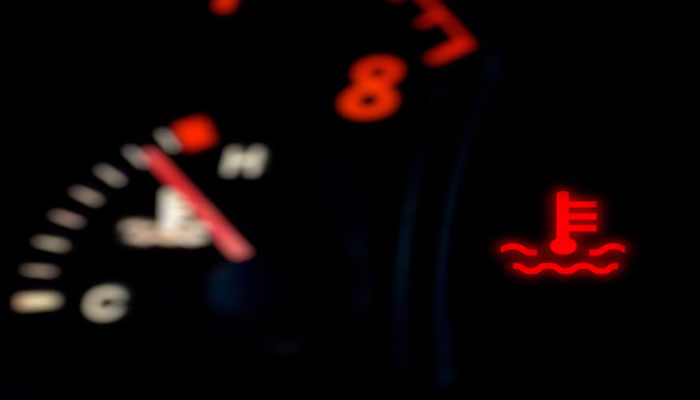 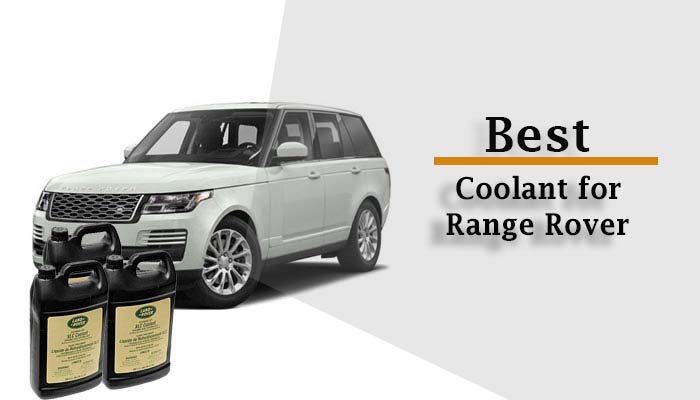 It goes without saying that the stock performance of Range Rover is stellar. But the engine can surely overheat during extreme loads. And when the engine overheats, the performance fluctuates. That is where the best coolant for Range Rover steps in. However, the problem is that getting one of those is easier said than done…. 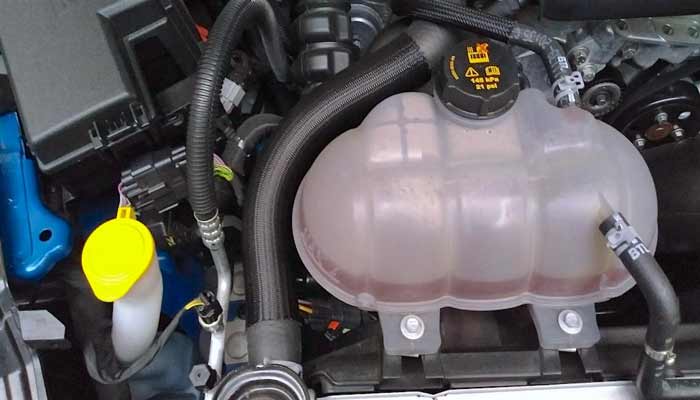 The engine of a car produces a great deal of heat when you’re driving it. When not left in check, the heat produced can cause the car to overheat and even catch fire at times. Coolant fluid prevents this catastrophe from happening. However, coolant is used up with time, and a careful driver should always… 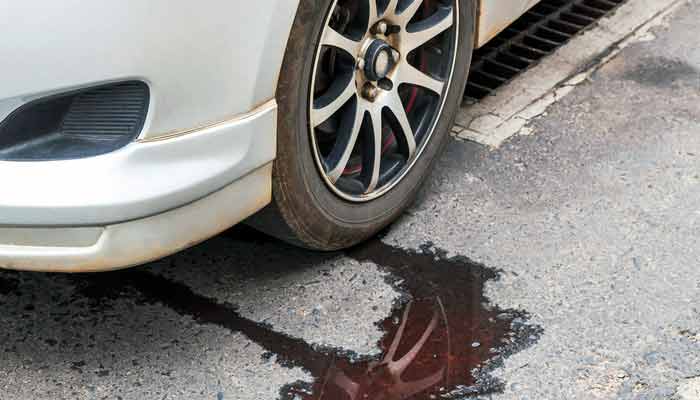 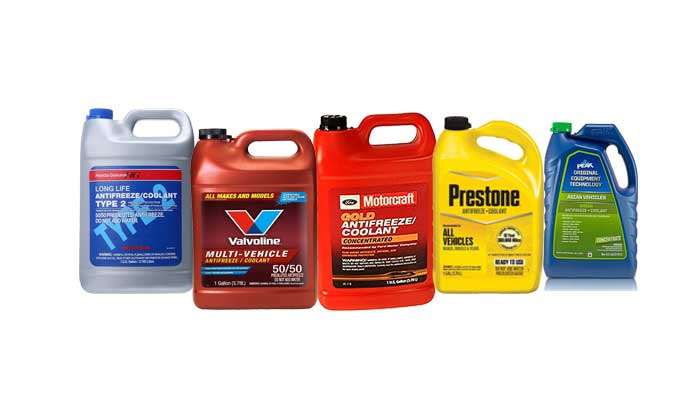 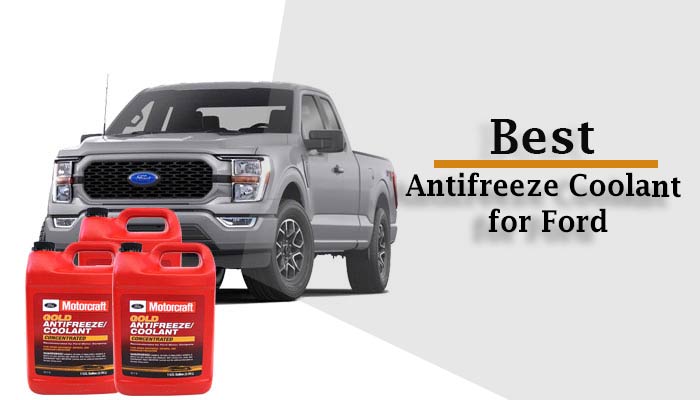 Engines generate loads of heat. And coolant, which is a mixture of different types of antifreeze and water, plays a crucial role in regulating the overall temperature of the engine. However, not all of the coolants are made equal. Some are better at keeping the engine at its optimal temperature, while most offer pretty average…